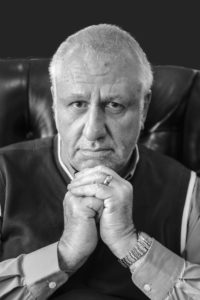 Malcolm Toogood has been a writer for most of his life, entering the publishing industry directly after leaving technical school in 1967.  Over the next twenty-five years, he worked as a technical author on various projects for blue-chip companies. These included military publications for the UK army and navy, aerospace projects including Concorde, and manuals for complex industrial production equipment.

In 1990 he formed his own technical publications company.  Over the next fourteen years he developed that into a small multi-national group with offices both here in the UK, and in the USA. As well as producing content, his company was one of the first to develop Interactive Electronic Technical Publications.  During the late 1990s, they produced the first such publications used commercially in the Aircraft Industry.

In 2004 he decided to take early retirement from the commerce side of the business, and return to writing.  Malcolm’s main interests are History (particularly from the 18th Century to date) Music and Sport.  He is on the board of Trustees that look after a Georgian historic building in his home town of Bath.  As well as producing articles and short stories for publishing on-line, he has had several books published , including his first full novel under the nom de plume of Phillip Malcolm, some of which are shown under the section Books.

But his main passion from a young age has been music of all genres, hence this website.  In 1963, he began producing an annual review of the music he had been listening to, culminating in his own choice of Album of the Year – a tradition that has continued to this day.   What started as just a list and a few chats with mates about the subject evolved, as his career did.  First it became an annual handwritten newsletter sent to close friends.  Then a printed newsletter as the circulation list grew through the 1970s and 1980s.  In the 1990s it became an email Newsletter sent to readers all around the world. Finally, in 2008, it ultimately became a website.

All of the annual blogs from 2008 onwards are available to read, just as they were written at the time by Malcolm Toogood. Earlier years are being added over the next few months to provide a complete record.  Once that is done, additional features will be looked at and ultimately a book is to be published for which the working title is “Autodiscography – the life story of an ordinary music fan.”