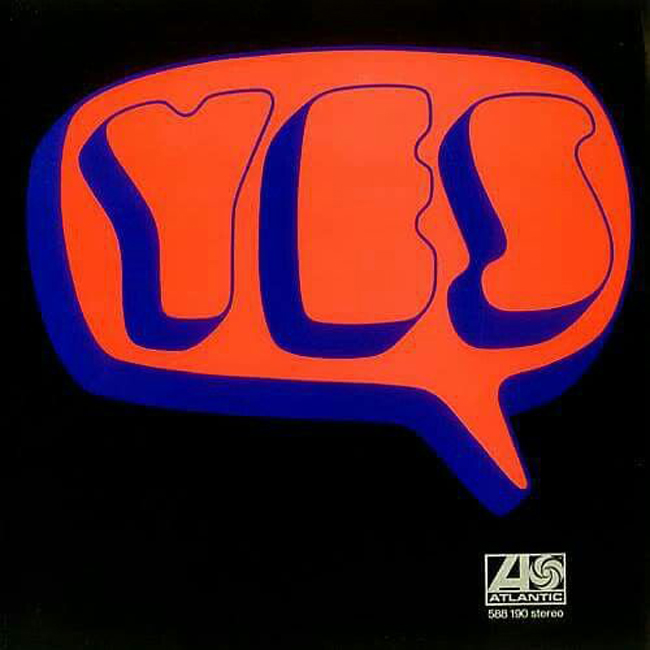 By the time Yes released their debut eponymous album in the summer of 1969, life had moved on again.  I had passed my four-wheeled driving test the previous year, a couple of months after my 18th birthday, and become the proud owner of my Dad’s old 1947 Morris Ten Series M, complete with running boards that my mates would occasionally hang off of, gangster-style, as we drove through town.

More importantly, towards the end of 1968, the car assisted me in meeting the lady who would eventually become (and still is) my long-suffering wife – for the full story of our first meeting you will have to read the book.    I had also lost access to my second record collection when my friend with the portable record player decamped to university 120 miles away, taking his player (and my records) with him, never to be seen again!   So it was just as well that I had taped them all, and that my new girlfriend already owned a record player of her own, plus a small, but classy, collection of soul singles.

The only disadvantage was her player didn’t have an extension socket, but this still opened-up the musical horizons, as it provided the means to add to her collection of singles and add a few albums as well, whilst also expanding the collection of music cassettes that could be played on my portable player, including in the car – car’s were not fitted with radios as standard back then, let alone media players of any sort.   However, a couple of near misses when the player tumbled from the seat under braking, but luckily survived, soon removed that as a viable option.

When the car’s poor old gearbox finally cried enough, and the scrapyard towed the old Morris away, the scooter was also sold and the proceeds invested in a six-year-old Minivan.  Within weeks, Philips had put the very first car cassette player on the market, which was immediately-acquired and fitted under the front parcel shelf.  It was again a mono player, and a curious design where the player slid in and out of a bracket like a drawer, but it worked brilliantly.

It has to be said that, although I like classic soul music as much as anything else, Kathy did not totally share my other tastes in albums, which tended to limit the choice of music in the car when we were out together.   Luckily when the van needed some new tyres, a local fitter was offering a special deal of a free car radio with a full set of four, after which we had a more varied choice of music wherever we went.

Nevertheless, I do remember that she was less ambivalent to bands like the Moody Blues, and this debut album by Yes also fitted into that category.   It contains just eight tracks, six original compositions and two covers, all but one of which are between four and seven minutes long and although two were issued as singles, they never troubled the charts.  In effect they were just a way of getting occasional airtime on Radio One, which was still mainly a daytime station playing chart singles.  However, at the weekends there were shows like ‘Top Gear’, with John Peel in charge, where album tracks were getting a proper airing, and that was the market that albums like this were really aiming at.

This, their debut album, features the five-piece line-up of the band as it was when they signed to Atlantic.  Side One opens with Beyond and Before, written by bassisit Chris Squire and an earlier guitarist Clive Bailey.  It immediately introduces the style of the band’s original material, and was the track they regularly opened their live set with.  Track two is a cover of I See You, from The Byrds’ 1966 album Fifth Dimension which, after an opening that is pretty faithful to the original, is then played around with vocally as well as adding a jazzy interlude.  The next track is a Jon Anderson compostion, Yesterday and Today, written in his more sugary style and featuring his distinctive vocal range (many refer to it as falsetto, although he prefers to call it alto).   The last track on this side is Looking Around, written by Anderson and Squire and hence in the band’s normal prog-rock style with Tony Kaye’s Hammond to the fore.

Side Two continues the prog style, opening with Harold Land, with drummer Bill Bruford joing Anderson and Squire on the songwriting credits.  It is a story track about the effects of war on a soldier, so quite why it is named after a jazz saxophonist who did not appear to have a military career is a mystery – even Bruford, who chose the name, could never explain it.   Next is a Beatles cover Every Little Thing, from their 1964 album Beatles for Sale.  The original is quite a bare two-minute pop song, whereas here the band give it the full prog treatment, including the odd riff off of Day Tripper – just goes to show how adaptable Lennon & McCartney’s early material is. The next track is another Anderson-style song full of sentiment, Sweetness.  Co-written with Squire and Bailey, this was the first single released from the album, although it is probably the least-representative of it.  The final track, Survival, although being credited entirely to Anderson, does include a lot of distinctive contributions, instrumentally, from the other band members, in particular Chris Squire’s distinctive bass lines that would become such a feature of future albums.

Would I change it?  Well, it is still an album I play regularly, but not as much as my favourite Yes album, Fragile, released just two years later.  Nevertheless, Yes is still a great album, but its problem lies in what else there is to choose from in that year – because how is this for a list?    Led Zeppelin and Led Zeppelin II (yes both released in the same year!), Abbey Road, Tommy, Small Faces’ Autumn Stone, Moody Blues’ On the Threshold of a Dream and To Our Children’s Children’s Children, Blind Faith, Crosby Stills & Nash, Dusty in Memphis, It’s a Beautiful Day, The Youngbloods’ Elephant Mountain, Cream Goodbye, Nick Drake Five Leaves Left, Tim Buckley Happy Sad, Dionne Warwick Soulful and Traffic Last Exit. 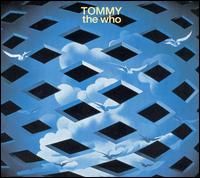 OK, they didn’t all make it into the collection during 1969, but had done over the following couple of years. Under my current blog format, just narrowing that lot down to a top ten would be a challenge in itself, let alone selecting a ‘one that got away’ the following year.   After a lot of deliberation, and several days of playing most of them, the top three ultimately boiled down to Led Zeppelin II, Tommy and To Our Children’s Children’s Children – all of which have comfortably survived the test of time – with the ultimate accolade going to Tommy. 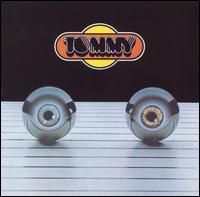 Why?  Well, for a start it’s a tour-de-force of a double-album that you just have to play all the way through, which is easier on CD, but was a very rare beast back in the days when you had to get up every 20 minutes to turn it over, making it very easy to decide to have a change.  We went to see Roger Daltrey perform it live as a full album a few years back, and it was quite a night, even without the other three on stage.  I still play the original version at least once or twice a year, plus the first orchestral version that was released in 1972 which, if you’ve never heard it, you really must.

I have bought this album in every format I have owned, plus the film and the live gig from 1989 on DVD.  But the real clincher is the surround-sound version that was issued on SACD back in 2003.  This was remastered by Pete Townshend himself, and what a great job he did. Every instrument and voice stands alone on the soundstage, but most of all you really get to hear Moonie’s drumming which, on this version, sounds more like a lead instrument than just the backing.   If you can get hold of it, give it a try and, as the lyrics say: “On the amazing journey together you’ll ride”.

If you want to download or stream this album, or some of the others mentioned above, here are the links:

I have also compiled a playlist containing fifty of the best tracks from 1969.  To stream the playlist on Spotify, click the logo below: