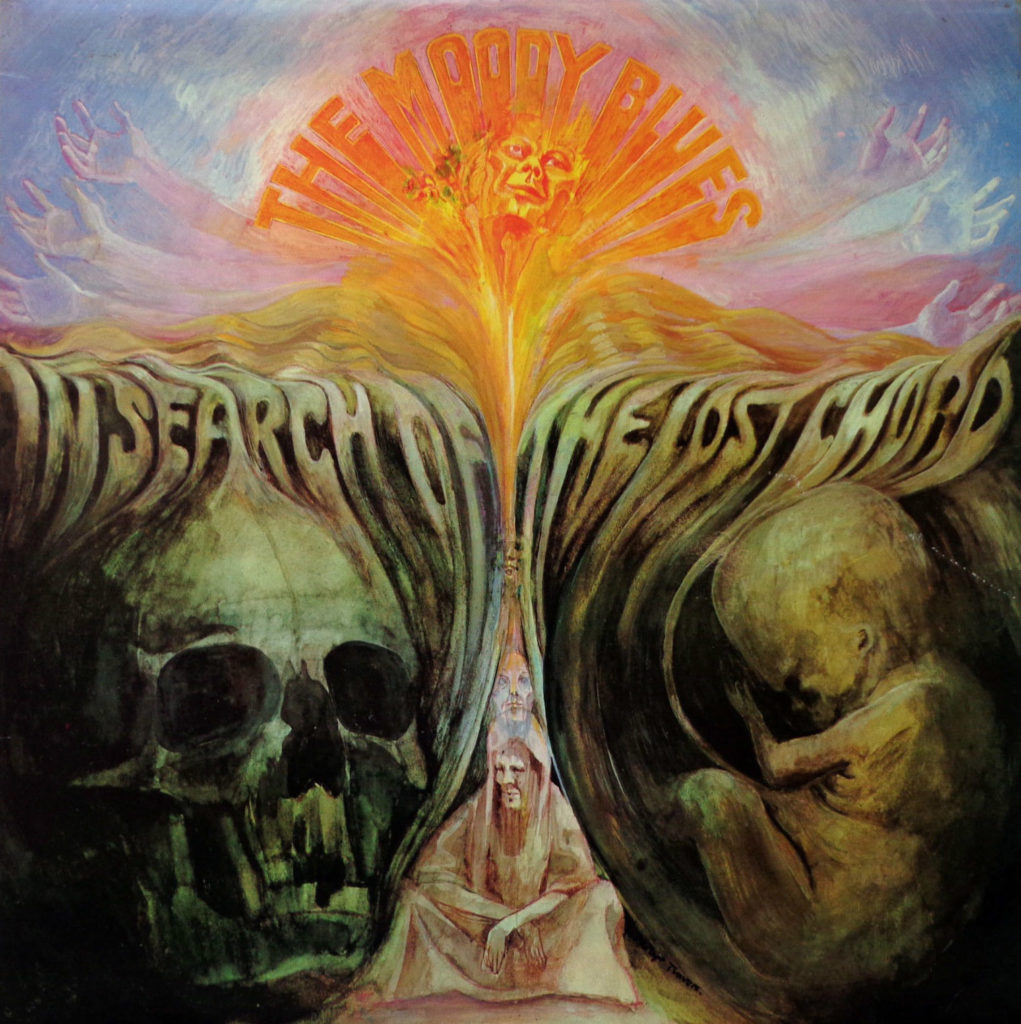 One of the most prolific bands during the late ‘sixties was the Moody Blues, who recorded seven ground-breaking concept albums in just five years between 1967 and 1972.  In Search of the Lost Chord was the second of these, and was probably the album that really announced the arrival of psychedelic prog rock.

For me, 1968 arrived with a jolt as I had a new employer, due to the publications company I had joined from school just four months earlier losing its MoD contract at Christmas; thankfully their replacement took-on all of the staff that wanted to move, and I got a pay-rise from £8 to £9 a week to boot.    I earned as much again from the part-time jobs I had decided to keep-on,  and the new company also took on additional staff, all of whom were ex-servicemen with the most amazing experience, and stories of far-away places.   One, a Geordie named Stan with a huge personality and sense of humour to match, also introduced me to horse racing – with some success.

So the Li-150 began to sport the customary mod ‘extras’ followed by a new paint scheme.  By the summer, one of the newer mods took a shine to it and offered me more than it had cost, so away it went to be replaced by a gleaming maroon and white 1966 GT200.   Life was good, as was the music.

The main advantage of being a working teenager with some degree of financial independence in the late ‘sixties was that most of the old class-taboos were dissolving, so you could buy the latest clothes and go anywhere you liked.  Working-class lads like me from a council estate on the southern slopes could hob-knob with the same generation of middle and upper classes who lived on the northern side of the City – and go to their parties.   It was at one of those parties that all the music came from a small device that looked like a dictaphone, driving a pair of massive speakers via an amplifier.  I had never encountered true high-end Hi Fi before, but it was something else!

A visit to the suggested shop in town the following day revealed that particular set-up was way beyond my wallet (well, our hostess was a diplomat’s daughter).  But at a more modest part of the scale – the bargain basement end to be precise – sat a mono Philips radio-cassette player that I could just about afford.  A quick chat about tape recorders with the, initially somewhat-disinterested, pencil-moustached salesman revealed that the beige Grundig gathering dust in my bedroom was actually worth something – more than half the price of the Philips in fact.  Having expressed his dismay that I would even consider changing a quality reel-to-reel machine for such a piece of tat, he gleefully took my readies plus the Grundig and waved me on my way.

They say that the best deals are when both parties go away thinking they have got one over on the other – this was my first experience of one such deal, because what the salesman didn’t know was that I not only had less than zero use for the Grundig, but also that my workmate Stan was an ex-RAF radio technician. Having established that the portable record player, belonging to my friend who stored my records, had an extension speaker socket, Stan produced for me a wire containing a gizmo in it that connected that outlet to the microphone input of my new acquisition – together with a full explanation of how it did that. Two nights later, my entire second record collection had been transferred to cassettes, and I had a degree of musical independence again.

More to the point, Wessex Records now had a few shelves holding prerecorded Cassettes corresponding to some of the new albums being released.  One of the first of those I purchased was In Search of the Lost Chord.

OK, cassette sound was nothing like that of vinyl by any manner of means, not in those early days anyway, and you didn’t get that wonderful gatefold sleeve and foot-square booklet with all the artwork and notes that could sometimes take as long to read as the record took to play.  But neither could you carry a mains record player and your entire record collection on the back of a scooter to play them on the beach on a balmy summer’s day – which was, more often than not, the backdrop to the early plays of this album.

Side One opens with keyboard player Mike Pinder narrating Departure, one of drummer Graeme Edge’s short poems, as the somewhat-manic sound builds to morph into the opening of Ride My See-Saw.   Written by bass-player John Lodge, this track features most of the band in the, at times, slightly off-key form of choral vocal that became part of their trademark sound that you either like or not – there’s no middle ground.  I love it.   Track three, Dr Livingstone I Presume, was written by Ray Thomas, who also sang lead.   The next track is the first part of John Lodge’s House of Four Doors, which features an orchestral-style arrangement; however, unlike their first album Days of Future Passed, there is no orchestra this time – the band play everything themselves, most of the string and brass sounds being reproduced via Pinder’s Melotron.

Although this album actually contains a very spiritual theme, it is primarily considered a psychedelic masterpiece, one of the reasons being the fifth track, Legend of a Mind, sandwiched between the two parts of House of Four Doors.  Written and sung by Ray Thomas, it is ostensibly about LSD pioneer Timothy Leary, and is seen by many as a six-minute homage to him.  Personally, I have always thought it was a bit of a send-up – for example, the opening line ‘Timothy Leary’s dead; no, no, no, he’s on the outside looking-in’ – as they were never considered, at the time, a band who indulged, even if some members did admit to limited usage many years later.

Side Two opens with Voices in the Sky, a melodic piece by lead-guitarist Justin Hayward – a style that he would emulate continually to great effect on future albums.   I didn’t fully-appreciate the main effect during the next track, The Best Way to Travel, until I bought my first stereo system some years later.  Just to re-iterate, I was playing the cassette on a mono player, so the middle part just sounded like some weird sound effects of cars, etc, speeding by.  It’s only when it is played in stereo that not only are they speeding past in different directions, but there is also something fluttering around the room with them.   That must have blown a few minds at the time, especially on headphones!

Next comes Visions of Paradise, co-written by Hayward and Thomas, who also play sitar and oboe respectively, which has a very eastern feet to it.  Then comes The Actor, another of Hayward’s melodic pieces, which is essentially about self-discovery and leads into another Graeme Edge poem The Word, which introduces the title of the final track – Om.

OK, you may by now be thinking this is all starting to sound a bit like pretentious, hippy shit, and maybe even saying ‘isn’t it time you got real and joined us all in the current century’.   OK, philosophically you may have a point, although I might respond that you are probably not really listening to the lyrics properly.  But, musically speaking, it all still works, brilliantly in places, and with no drugs involved – I never took any, so that influence was never part of my appreciation of this album.

So, fifty years on, despite having to compete with The White Album, Odessey and Oracle by the Zombies and Jeff Beck’s Truth, it is still far and away the best album of that year.

I have also compiled a playlist containing fifty of the best tracks from 1968.  To stream the playlist on Spotify, click the logo below: