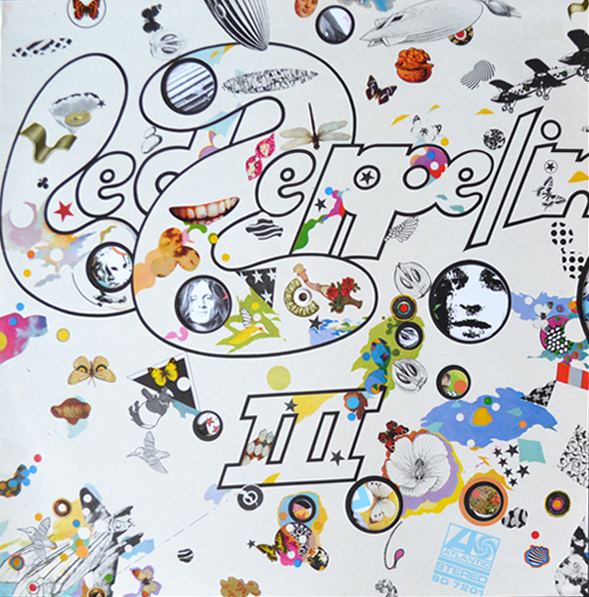 In the summer of 1970, I had completed my day release course, and become one of the youngest, at that time, to gain a City & Guilds qualification as a Technical Author. This earned me an interview at the Technical Publications department of the British Aircraft Corporation, and in October I started my daily trips to Filton in Bristol to work on the Concorde project.  Released at the same time, Led Zeppelin III became the backdrop to those early commutes.

It was quite a year in music, with the death of Jimi Hendrix and the break-up of The Beatles making the headlines in the early part of the year, although the latter wasn’t a huge surprise.  The rooftop gig at Apple HQ the previous year was, essentially, their swansong and despite releasing Abbey Road, still the favourite album of many fans, it was acknowledged publicly that all was not well in the camp.  In the end the official announcement in April 1970, issued just days before Paul McCartney released his first solo album, was only a sensation to those in mainstream media who had been busy spinning other stories, and therefore reacted as if pole-axed by the news.

Musical life moves on rapidly and, within a few months, both John and George had also released solo efforts, while Ringo went into acting.  None of their three solo albums really interested me too much, and I have never bought them – not even Imagine which I found a bit dirgy to be honest – probably because my tastes had also moved on towards prog rock and blues, hence the selection of this album for the year.

The interesting thing is that Led Zeppelin III was panned by the critics at the time.  Maybe having been given two absolutely classic rock albums in the previous year, the reviewers were expecting more of the same. What they got was some of the same, plus some acoustic tracks as well which, when mixed together, produced what I still consider to be the best album the band ever made. It shot to number one on both sides of the Atlantic, pretty-much on preorders alone, but didn’t hang around there as long as may have been anticipated.

Robert Plant saw this as a result of the poor reviews, and didn’t give any media interviews for over a year afterwards – can’t say I blame him.   Maybe this is why finding contemporary live videos for the tracks on it proved so difficult, as the band didn’t play many of the tracks in their sets at the time.  Because of that, there are lots of mash-ups out there but the two I found here, although a couple of years later, are genuinely live.

Other than two covers of traditional songs, all of the tracks are written by Jimmy Page and Robert Plant. Side One opens with Immigrant Song, a good old rocker in true Led Zep fashion, and the opener in their set at Shepton Mallet as part of the second Bath Blues Festival this same year.   Track two is Friends, a primarily-acoustic track that builds nicely, and is a personal favourite.   Then back to a driving rocker, co-written by John-Paul Jones, in Celebration Day before moving to knock-down drag-out blues on Since I’ve Been Loving You.  Side one closes with Out on the Tiles, co-written by drummer John Bonham with his ‘four-sticks’ to the fore.

Side two is much more acoustic throughout.  It opens with a very modern arrangement of the traditional folk song Gallows Pole, which works extremely well and is still my favourite track on the album.   Then to a ballad Tangerine which, in retrospect, has something of the Stones’ Wild Horses about it, until you realise that track was released a year later.  Track three, That’s the Way, has almost a country feel to it before moving on to an old fashion foot-tapper in Bron-Y-Aur Stomp, a reference to the Welsh cottage where most of the tracks were written.  Final track Hats off to (Roy) Harper is based on a traditional Delta Blues song, featuring Jimmy Page using a finger-picking style on steel guitar, a-la the Manchester folk guitarist it is dedicated to.

So is there a better album than this from 1970?  Well, it certainly wasn’t as competitive as the previous year and, although there were a few contenders such as Derek & the Dominos’ Layla and Other Love Songs, Bowie’s first serious album The Man who Sold the World and, from different genres, Santana’s Abraxas, Neil Young’s After the Gold Rush and Melanie’s Candles in the Rain, none had the consistency of this album – which makes the answer easy.

It is also worth mentioning that, following the death of John Bonham in 1980 and the band mutually-agreeing to dissolve as a result, there were constant rumours of them reforming.  This eventually happened in 2007 for a one-off benefit concert at the O2 in London, but in between Jimmy Page and Robert Plant got together for an Unledded TV special in 1994, which was followed by the release of a live album entitled No Quarter and a DvD of the 90-minute show.   If you haven’t seen this, I highly recommend you search it out.

The gig had very much an Eastern acoustic feel and featured Egyptian and Morrocan musicians throughout.   Four of the 17 tracks in the gig were new compositions, with the rest all rearrangements of Led Zeppelin tracks, a third of which were from this album – a very high percentage when you consider the total catalogue available to select from.  Maybe they were finally cocking a snook at those earlier critics?

I have also compiled a playlist containing fifty of the best tracks from 1970.  To stream the playlist on Spotify, click the logo below: