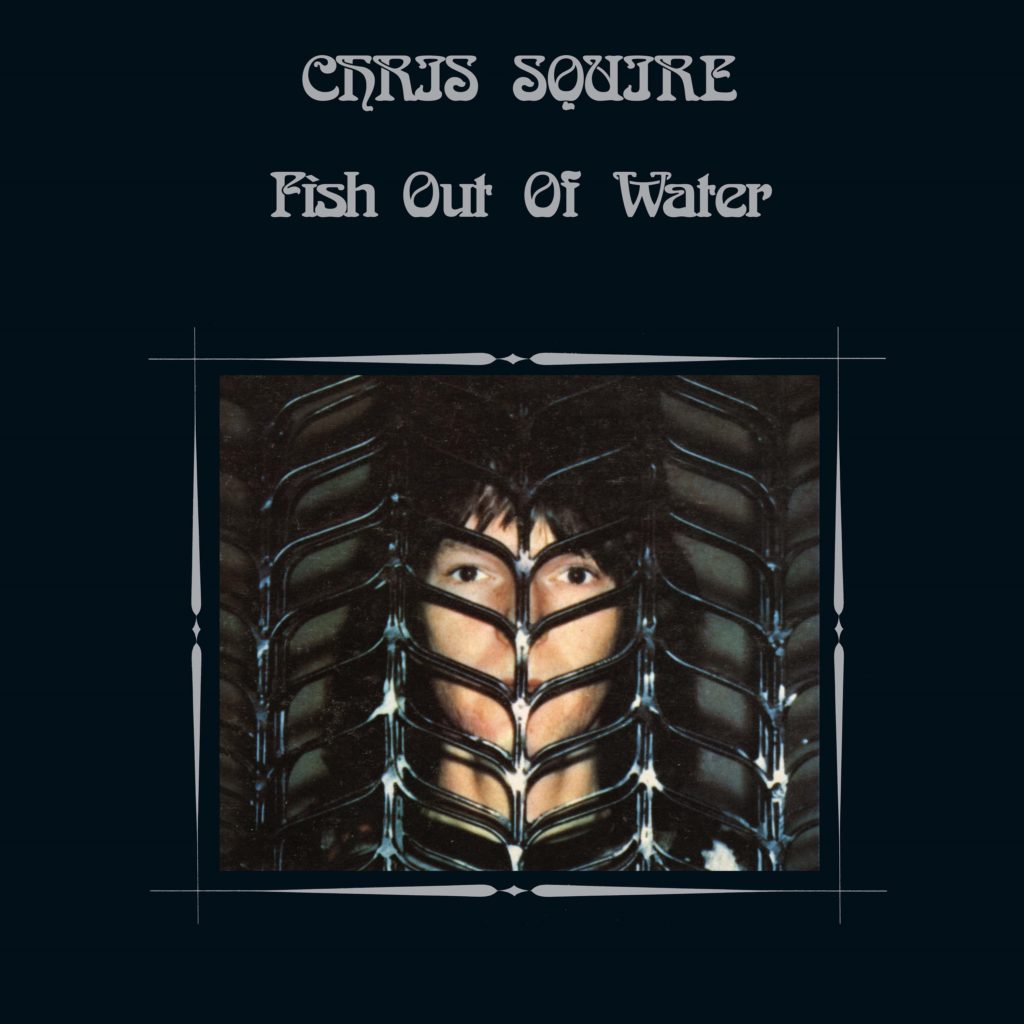 This was a memorable year musically, as it not only produced some amazing albums from most of my favourite bands, but also featured a series of solo efforts from the members of Yes, of which Fish Out of Water by bassist and founder Chris Squire was easily the best.

Personally, we started the year in a rented flat, listening to music with the volume turned down so as not to annoy the neighbours, and driving around in a virtually brand-new car, but finished it living in our own semi-detached house whilst getting back and forth to work in a thirty-pound banger.  We were also able to play music at high-volume because our new neighbour worked abroad for most of the year – definitely a result!

This had meant uprooting ourselves from our home city of Bath and moving fifteen miles south to the lovely market town of Frome, thus becoming daily commuters to work and part of the interminable traffic problems in our home city for the rest of our working lives.   There is no doubt that Bath is a beautiful place, but it does survive in somewhat of a bubble in a number of ways, and part of that is the inordinate property values it has managed to maintain by limiting new development as much as possible.   We read regularly today about how first-time buyers find it difficult to get on the housing ladder, well 45 years ago things were no different – in fact worse as inflation had trebled house prices nationally between 1970 and 1975.  That was less of an issue in towns where those prices started low, but in Bath they were always more than double the national average.

Hence during the mid-seventies our circle of friends, who we had all lived nearby since school days, virtually all moved out to the surrounding satellite towns within an hour’s daily commute – half of which was spent in traffic jams morning and night.   However, none of us regretted the move, and not just financially because the satellite towns proved to be lovely places to live and bring-up a family, which is why very few of us ever moved back to Bath despite it remaining our main source of employment.

It also meant that, despite the commuting costs, the lower living costs outside of the city left more disposable income and hence a better standard of living.  In my case, that meant that my regular album purchases were unrestricted by now having a mortgage, the cost of which turned-out to be little different from the (high) rents in the city.  It was just as well, because 1975 was another great year for music, some of which was generated by members of the band Yes, past and present, including Steve Howe’s Beginnings, Rick Wakeman’s third solo album and this one.

As you will have read, I chose their eponymous debut album as my Album of the Year in 1969, and I took a fair degree of interest in them during the early Prog era, buying four of their first five albums including my favourite, 1971’s Fragile.  However I found the fifth album, Close to the Edge, quite tedious in parts, and when their early PR for the next release, Tales of Topographic Oceans, was billed as a double album containing just four tracks, one on each side, I rather expected the worst.   When it was released, I tried to listen to the first side in the booth at Wessex Records, but bailed-out after seven or eight minutes.  It was no surprise that album prompted the departure of both drummer Bill Bruford and keyboard-player Rick Wakeman.

The latter had already started releasing solo albums the second of which, Journey to the Centre of the Earth, found its way onto my record deck regularly at the same time that I was rejecting the band’s latest joint output.   When their next effort, Relayer, proved equally disappointing, the announcement that the band members at that time were all going to take a musical sabbatical to record solo albums came as no great surprise – in fact it seemed to herald an inevitable break-up.

The first of those solo albums to be released was this one.  The title refers to Squires’ nickname of ‘The Fish’, apparently gained early in his band career when he flooded his hotel room whilst on tour, although there are numerous other anecdotes that highlight alternative reasons.   The main band’s new keyboard player, Patrick Moraz, appears on one of the tracks and it was, perhaps, no great surprise to find that the drummer he chose for the entire project was Bill Bruford, his previous rhythm section partner in Yes.  In fact, in a much later interview, Chris Squire said “…with Bill, the things that I did felt right.” Consequently this album has, in parts, more of an early-Yes feel to it, although it has to be said that it has lasted the passage of time far better than most of their albums.

Side one opens with the glorious Hold Out Your Hand, centring around a swelling organ piece recorded on the instrument in St Paul’s Cathedral, supported by some fantastic bass-riffs from the man himself.   Squire, a chorister in his youth, provides more than adequate vocals, but in the slightly lower register that made his harmonies in the band with Jon Anderson work so well.  It also gives an immediate glimpse of how much more body the band’s brand of music has without Anderson’s interminable solo falsetto that became such a feature of the later albums.   This blends into the second track, You by My Side, which features a flute part played by Caravan’s Jimmy Hastings and provides a slower interlude before the eleven-minute finale to this side, Silently Falling.   This is the track that features Patrick Moraz’s keyboards making it, style-wise, probably the most ‘Yes’ of all the tracks.

Period live videos of solo gigs are hard to find, but the one above from a Yes tour shows Chris Squire playing his solo track The Fish (Schindleria Praematurus) from the band’s 1971 album Fragile.

Side two has just two tracks.  The opener is Lucky Seven – a supposed reference to the unusual 7/8 time signature, according to some modern reviewers.  But the lyrics certainly don’t bear that out, as they are more a reference to outrageous fortune, which makes you wonder how many of these latter-day, so-called ‘experts’ actually listen to an album they are writing about!   More importantly, this track features some fabulous jazzy sax riffs from early King Crimson’s Mel Collins.   The final track is the fifteen-minute Safe (Canon Song), the track that most features the full orchestra that underpins all of the tracks.  The orchestral score was put together by another ‘old mate’, Andrew Pryce Jackman from The Syn – the first band Squire played with during the ‘sixties.   The lyrics are profoundly philosophical, and the orchestral nature of this finale only serves to emphasise the absence of ‘digital’ instruments throughout the album.

As well as this album, 1975 produced a fair old list to pare down to the final three: Wish You Were Here from Pink Floyd, Fleetwood Mac (sometimes termed ‘The White Album’), their first effort after the metamorphosis, Venus & Mars from Wings, David Bowie’s Young Americans, Physical Graffiti by Led Zeppelin, 10cc’s Original Soundtrack, Elton John once again producing two albums – Captain Fantastic & the Brown Dirt Cowboy and Rock of the Westies, A Night at the Opera from Queen, Justin Hayward & John Lodge (from the Moody Blues) with Blue Jays, Camel’s The Snow Goose, Supertramp’s Crisis? What Crisis? Vangelis’ Heaven & Hell plus the debut eponymous album from Fox.

There were also two albums released the previous year that became the backdrop to our move to Frome: Rufusized by Rufus, featuring Chaka Khan as the lead singer, and AWB from the Average White Band.  Both featured some grooving riffs that were just right for putting up curtain tracks and assembling MFI bedroom furniture.  In the end, the ‘One that Got Away’ award was rightly shared between them.

The top three at the time were Fish Out of Water, Wish You Were Here and Fox, with Venus & Mars coming close.  That Wings album was an excellent follow-up to Band on the Run, both of which probably feature some of McCartney’s best solo work, and still feature regularly in my listening pleasure. Fox is a quirky little album from a band that never really followed-up on its success.  They are better known for their enigmatic Australian female lead-singer with the very distinctive voice, Noosha Fox (aka Susan Traynor), who probably overshadowed their American songwriter, Kenny Young.  He had previously written a string of hits including Under the Boardwalk for the Drifters, Reparata & the Delrons’ Captain of your Ship and Come Back and Shake Me for Clodagh Rodgers.  The Fox album still sounds great today.

So would any of the others albums supplant Fish Out of Water now?  This is probably one of the most difficult of these questions to answer because, as well as the above, Wish You Were Here is undoubtedly my favourite Pink Floyd album – and I have most of them.   Most of it consists of the two parts of Shine on You Crazy Diamond which is about Syd Barrett, with a subtext story about how he wandered into the studio, unrecognised, while they were recording this album.  It is also the track they opened their amazing 1994 gig at Earl’s Court, the second half of which consisted of them playing the whole of Dark Side of the Moon live.   It is still, beyond doubt, the finest gig we have ever seen, made even better by that night forming the content of their Pulse live DvD, enabling us to relive it from time to time in our front room.

Yet, despite all of that, Fish Out of Water still has the edge for me.  It is one of the very few albums featuring essentially a rock band with a full orchestra where it really works, making it both unique and timeless.  The only downside is that it remained the only solo effort from this quite remarkable bass player.

If you want to download or stream any of the top three albums, or the ones that got away, here are the links:

I have also compiled a playlist containing fifty of the best tracks from 1975.  To stream the playlist on Spotify, click the logo below: