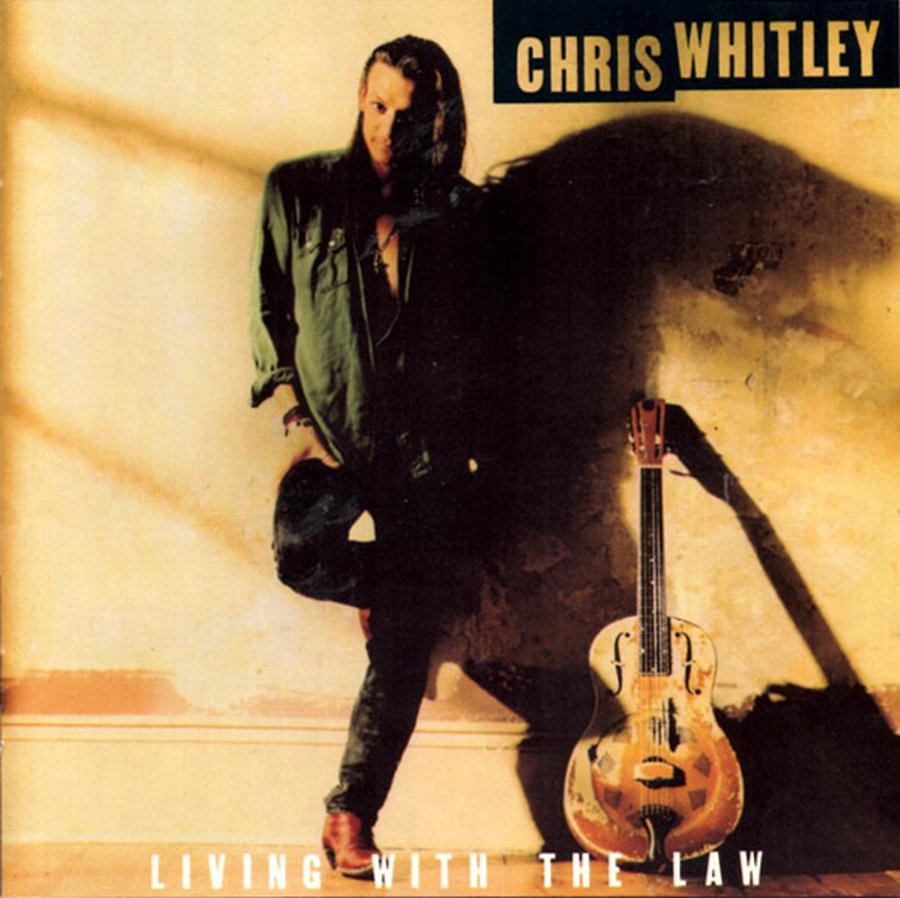 1991 was a year with a lot of quality albums, including at least four that now, almost thirty years on, are considered classics by fans and music journalists alike.  So not an easy decision at the end of the year but, regardless of the pedigree, none of those ‘classics’ made it to the top three.

That ultimately consisted of a ‘sixties soul singer who had recorded his first full album at the age of 53, an ambient house band who teamed up with a country legend to drive an ice cream van, and a debut album from a Texas blues guitar player. The latter, Chris Whitley’s Living with the Law took the honours.

Having set-up my new partnership the previous year, I was working all hours to build the workload. This included recruiting staff, some new, some from my previous company and some from the design section of the company we were co-habiting with, whose work was sporadic due to the recession running at the time.  A lot of those guys were music fans, with a huge diversity of interests and, like all music fans, happy to share their discoveries with the rest of us.

Out of this grew the CD club, where about a dozen of us put a couple of quid a week into the pot, with two members buying a new album every Friday in rotation.  The rules were you got to listen to your choice for the weekend, then had to surrender it to be circulated to each of the other members, who had a couple of days to listen, then pass it on to the next on the list.  After about a month, it came back to you and you kept it.

But in the meantime you got to listen to ten other albums you may never have encountered otherwise – this was 1991, so no streaming, no Six Radio or other such specialist channels, and midway between the demise of what ultimately pretended to be Whistle Test and the start of Jools.  Probably half a dozen of the long list and two of the top three came from the club, including this album put into the pot by someone else who had built his musical tastes through the sixties, but had stayed steeped in southern blues and Americana.  I have no idea how he encountered this, somewhat niche, album but boy, am I glad he did.

Chris Whitley was born in 1960 in Texas, and had grown up with the blues in a very arty family, naming Muddy Waters, Howlin’ Wolf and Hendrix among his influences from his parents’ music collection.   From his late teens he became what, I suppose, you could call a vagrant musician, one year busking with his faithful National steel resonator guitar in what he ultimately considered his home town, New York, then playing in blues bands in Belgium the next, and playing solo in Dresden another.  Back in Greenwich Village towards the end of the ‘eighties, no less than Daniel Lanois heard him play in a club and got him a recording contract.

That led to sessions in New Orleans, where most of the tracksm were recorded at Lanois’ Kingsway Studio, but not by him.  That honour went to Mark Howard, a British-born Canadian whose other credits around this time included Dylan’s Oh Mercy, REM’s Automatic for the People and Peter Gabriel’s Us.  The album was mixed and produced by another Canadian, Malcolm Burn, best known as a Grammy winner for Emmylou Harris’ Red Dirt Girl.  All of the tracks were written by Chris Whitley.

The band is pretty much a four-piece, with Chris on lead vocals and steel, Daryl Johnson on Bass, Ronald Jones on Drums and Bill Dylan on rhythm and occasional pedal steel.  Malcolm Burn plays keys, but some of these feel more mixed-in during his post-processing work, and were probably the cause of Whitley’s later dissatisfaction with the sound, but they give a great deal of depth to the whole album which opens with a short intro then into the title track. This is about a country boy who moves to the big city and is writing home to explain what has happened, which sounds quite autobiographical. Track two, Big Sky Country, is a real signature track – to realise just how good it is you need to be playing it in the car as you drive across the Midwest along an arrow-straight road disappearing for miles towards the curvature of the earth on the horizon.

The pace then picks up with Kick the Stones, which uses a country blues flavour to relate the feelings of a drifter who is moving on having thought he had found love, then drops again to Make the Dirt Stick which has a more delta-blues dark feel to it, before picking-up again with the shuffle beat, but still dark lyrics, of Poison Girl.   Track seven is Dust Radio, and this has always felt to me like the track that should have been fading in and out on the opening of the Pink Floyd track, Wish You Were Here.  Because it has that feel of a dusty old transistor playing on the porch as you get out of the car having driven into a gas station miles from anywhere on that midwest road I mentioned previously.

I know that many consider Johnny Cash’s prison concerts provide some of the best musical representations of life in a US penitentiary, but for me the song that really tells the story of what it is like there for a lifer is the next track, Phone Call from Leavenworth – although there doesn’t appear to be anything in his biography to suggest this was written from personal experience.  Conversely, I Forget You Every Day sums up the life of a dirt poor family on a trailer park, which could again be autobiographical as some of his teenage years were spent in such circumstances after his parents broke up.

Track ten, Long Way Around, has a southern spiritual feel to it, while the penultimate track Look What Love Has Done is the closest thing you will find to a love song on this album.   Bordertown brings the album to a close all too soon, but with a flourish, and feels like a commentary on the sessions in New Orleans –  “No electric light up in my room, with a dark skin woman I’m naked and sane, you could learn about the world in an afternoon” – until the driving beat fades into a trail-out that finishes with a cheer from the band.   Yes, this is one of those albums that was created at a time when all the stars were in their right places in the heavens; but not for long.

Because the rest of the Chris Whitley story after this, up to his death from lung cancer in 2005 aged just 45, is sadly all too familiar in rock music.  This album should have been the start of a serious recording career, having been named by leading critics in top ten lists for the year.   That it wasn’t was partly down to a lack of extended promotion at the time by his label – the follow-up album Din of Ecstasy wasn’t recorded until four years later for example.  I bought that one unheard, as I often do with a follow-up to an outstanding album; sadly, it wasn’t a patch on this one.

But it was also down to the direction Whitley himself took, which was to strip back his sound in later albums until, to be honest, they became a difficult listen for anyone other than a blues ultra-purist.   In later interviews he even dismissed this album as being overly-polished, and vowed never to do that again.  Then there were the ‘issues’ including serious alcohol problems – he was often observed as turning-up for gigs virtually incapable of playing, and some of the later live videos are painful to watch. But Chris Whitley was, nonetheless, an exceptional talent – and Living With the Law is an exceptional album.

As well as this album, 1991 produced a fairly long list from which to choose the final three: Achtung Baby from U2, Blood, Sugar, Sex, Magik by Red Hot Chili Peppers, Massive Attack’s Blue Lines, Robert Ward’s Fear No Evil, Nirvana’s epic Nevermind, Of the Heart, Of the Soul and of the Cross from PM Dawn, REM’s Out of Time, Spin Doctors’ Pocketful of Kryptonite, the debut eponymous albums from Marc Cohn, Sydney Youngblood and Seal, Primal Scream’s Screamadelica, Stars from Simply Red, Pearl Jam’s Ten, Ten Sharp’s Under the Waterline, The White Room by KLF and Woodface from Crowded House.

Paring that lot down to a top ten, let alone a short list of three, proved very difficult.  Eventually the top three emerged as Living with The Law, Fear No Evil and White Room.  Seal, Nevermind and Marc Cohn all came very close, and it ultimately came down to a process of elimination over the last few weeks where I played those six regularly until one dropped-out, then the next, and so on.  The others all had some great tracks on them, but lacked the ultimate consistency to really challenge amongst probably the strongest line-up I had encountered since the late ‘sixties.

So now, nearly 30 years later, would I choose any of the others over Chris Whitley?  The answer is no because I rarely listen to the others now, whereas Living With the Law is still a constant musical companion.

If you want to download or stream any of the top three albums, or some of the others mentioned, here are the links (note – some are not available online):

I have also compiled a playlist containing fifty of the best tracks from 1991.  To stream the playlist on Spotify, click the logo below: