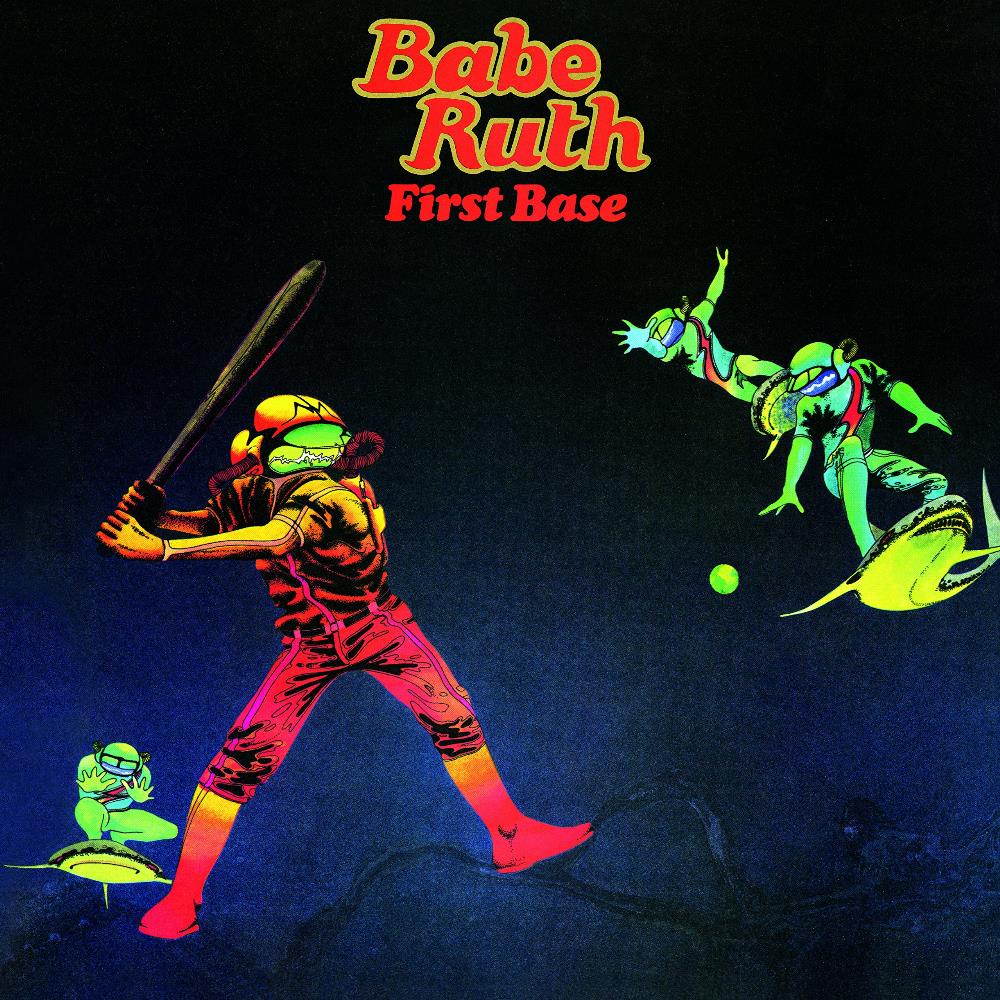 First Base was aptly named, because it was the first album of the year I selected that had been initially purchased purely from seeing the band appearing live on a TV show – in this case The Old Grey Whistle Test.  It wouldn’t be the last.

BBC TV had started experimenting during 1970 with broadcasting live music shows, featuring album tracks rather than singles, late at night on BBC2.  However, this posed two personal problems: firstly, the shows went out on Saturday nights which, at that time, were normally spent in a club until the early hours (bear in mind, Video Recorders were still some years in the future).  Secondly, BBC2 was broadcast on 625 lines (an early higher-definition standard) and, at that time, my parents’ set was still 405 lines.  So I only tended to catch bits of these shows if we were at a friend’s house on a Saturday night who owned a newish TV.

The Old Grey Whistle Test started broadcasting in 1971, with Richard Williams in charge, and on a Tuesday night just before 11pm; but only for half an hour, after-all this was the Beeb and they couldn’t let us ‘youngsters’ have too much of a good thing!  However, within one part of my circle of friends there was one whose parents were not interested in late-night TV, so we could take over their front room on a Tuesday for a period prior to the witching-hour – albeit with the sound down low and cups of tea rather than anything stronger!

In 1972 Kathy and I became engaged, and we started acquiring items for when we could set-up home after we were married – the infamous ‘bottom-drawer’ as it was known back then.  I quickly allocated myself to the ‘seventies equivalent of ‘Tech’ and acquired a spanking new Decca 22-inch colour TV, which I set-up in my bedroom.  This co-incided with Whispering Bob taking over presenting Old Grey Whistle Test, and introducing us viewers to all manner of bands that were virtually unknown to us, even on John Peel.  After this, Tuesday nights became an obligatory ‘early-night’ when I would be home in time for the show.

For those unfamilar with the ‘Whistle Test’ format, it contained live studio sessions from a couple of artists and/or bands, interviews and some recorded music played under some suitable, but unrelated, video footage – all fitting what the genre, at that time, that would have been considered ‘alternative’.   So we got to see bands likes Focus, America, Wishbone Ash, Heads Hands & Feet, Stone the Crows, J Geils Band, Vinegar Joe, plus transatlantic solo artists like Richie Havens, Curtis Mayfield, Bill Withers, Roberta Flack, Todd Rundgren, Jackson Browne and so on playing live on TV, opening up all manner of musical vistas previously hidden from view.

One November evening, a band from Hatfield appeared who, according to Whispering Bob, were doing rather well across the pond.   Even with the volume turned low so as not to disturb parents and neighbours alike, Babe Ruth were sensational – as you can see from the original footage below.  The following lunchtime I wandered into Wessex Records to order my copy, to find that they already had it in stock – independent record shops were as wonderful then as they are now!

Featuring sleeve artwork by Roger Dean, probably better known for his work on most of the Yes albums during the 1970s, the album contained six tracks, all between six and eight minutes long, four written by founder member and lead guitarist Alan Shacklock.  Side One opens with Wells Fargo, a real driving rocker of a track that shows-off lead singer Janita Haan’s vocals to a tee, underpinned by some great sax lines from Brett Carter.   Track two, The Runaways, starts quietly and then builds steadily from about halfway through to an instrumental finish featuring strings and piano backings.  Final track on this side is a cover of Zappa’s King Kong, an instrumental track originally featured on the Mothers of Invention album Uncle Meat.  I guess if you’re a ‘Mothers’ fan, this would be considered a travesty, but it has to be said that this version is a lot more accessible than the original!

Side two opens with another cover, this time of Jessie Winchester’s Black Dog.  Winchester was a folk singer, born in America but who moved to Canada in the mid-sixties, and would probably be grouped with the protest movement of that time.   This version sticks fairly closely to the original in form, certainly with the quiet vocals and backing at the start, but ultimately builds to much more of a hard rock finish; in fact, although the original is still a good track, musically this version is much more in keeping with essence of the lyrics and the arrangement turns it into a really great track.  Track two, The Mexican, is probably an early form of sampling, albeit of sheet music rather than the actual recorded riff, and features Shacklock’s virtuoso guitar playing to the fore.   It has a Mexican theme to it and, just over halfway through, morphs into Ennio Moricone’s unmistakeable theme from For a Few Dollars More which works amazingly well.  Final track is just a good old heavy rocker, The Joker, which features some counterpoint verse between Shacklock and Haan, who then combine on the chorus.

1972 was another great year for albums, including Deep Purple’s Machine Head and double live album Made in Japan, Foxtrot by Genesis, Status Quo’s final metamorphosis into a true rock band with Piledriver, T Rex’s Slider, No Secrets by Carly Simon, Elton John’s Honky Chateau, solo efforts like Headkeeper from Traffic’s Dave Mason and Transformer from Velvet Underground’s Lou Reed, plus debuts from Steely Dan in Can’t Buy a Thrill and the eponymous first album from Roxy Music.  There was also the Orchestral Version of Tommy and what is probably Stevie Wonder’s best album, Talking Book, plus a debut solo album he produced for his ex-wife, Syreeta Wright, entitled simply Syreeta.   Which is quite a list.

So would any of these replace First Base?  Not a chance, as I still play this album all the time, and it would certainly feature very high in that theoretical all-time top ten I mentioned previously.

I have also compiled a playlist containing fifty of the best tracks from 1972.  To stream the playlist on Spotify, click the logo below: