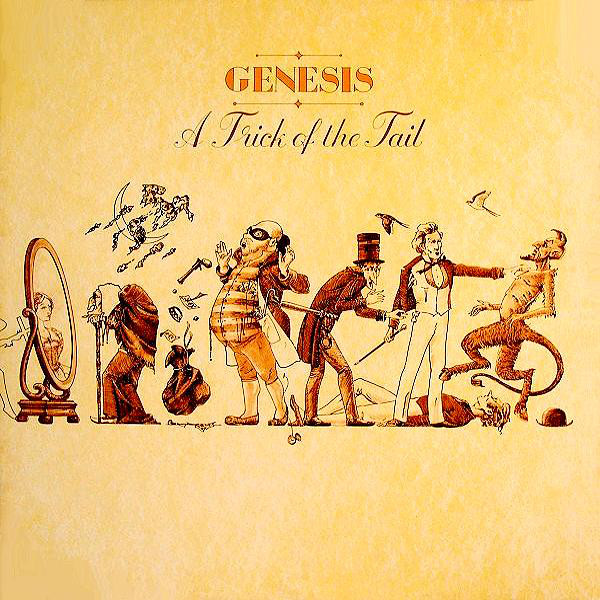 1976 was our first year in our own home, with all the freedoms that endowed easily outweighing the added responsibilities, primarily financial.   One freedom was the release from the need to ‘keep that volume down’ that is part of living in a flat near other residents.  As we were now living in a ‘semi’ similar constrictions would normally apply, except that our new neighbour spent most of his time working abroad, so from a volume point of view, we were living in a detached house – result!

As well as all the jobs a new home brings, work was also very busy for me, as we were picking up new projects regularly.  So long days in the office combined with the commuting to and from a dormitory town meant more evenings at home in the week, hence more music to play in the evening.  It also focussed the weekends as the time we went ‘out out’ as Micky Flanagan now calls it, and we frequented a couple of new clubs over towards Bristol that not only played the latest soul and funk on some high-end kit, but also some more niche music, particularly American AOR.  So 1976 also brought a widening of musical horizons, and hence became a bumper year of album purchases.

My interest in Prog was also evolving along with those bands who survived by morphing towards the mainstream.  One such band was Genesis.  I have to admit that I found their earlier albums a bit challenging, and so had only purchased one or two, neither of which were regular visitors to the turntable.  But in a time when splits and solo projects were proving more destructive than beneficial to careers, one split that was expected to be ruinous turned out to be the best thing for all concerned – Peter Gabriel leaving the band.

The theatrical antics of their lead singer had always been somewhat of a focal point for the band’s live performances and, although this was not the reason for his leaving, other band members later cited this aspect as causing some problems.  However, their most pressing need late in 1975 was finding a new lead singer for the album they were about to start recording.  So the story goes, they auditioned hundreds of singers before realising that their drummer, who was schooling the prospective singers in the band’s songs for those auditions, was quite capable of taking the lead vocals on the new material, and hence Phil Collins became the ‘stopgap’ for that new album – A Trick of the Tail – which became my Album of the Year for 1976.

The trend away from track lengths in excess of ten minutes of the early albums, a feature of their 1974 double album, The Lamb Lies Down on Broadway, was continued here but, mercifully, the 23 tracks on that predecessor were also reduced, down to just eight here.  The style and length was still Genesis, even Collins’ voice was not too much of a contrast to Gabriel’s, but somehow this album was more accessible.  And whereas it could be somewhat of a challenge to survive a full early album, this one felt as if it finished all too quickly – despite the 51 minute duration.

The band shared the writing, although this time only two tracks involved all members – the first and last on the album.  Tony Banks was involved with every other track, either in collaboration with one other member, or as solo writer.  In fact they have all said in interviews down the years that it surprised them how easy they found the writing after the departure of Peter Gabriel.  Side one opens with Dance on a Volcano, a fairly atypical 1970s Genesis opener and featuring Phil Collins’ drumming interplaying with Mike Rutherford’s lead.  This is followed by Entangled, written primarily by Steve Hackett and a much more acoustic ballad musically but with sinister undertones in the lyrics.  The next track, Squonk, brings Mike Rutherford to the fore and is about a mythical creature from Pennsylvania; it became a staple on their tours for many years.  The side concludes with Mad Man Moon, a dreamy introspective Banks track.

It is somewhat apt that this video features the album’s last track – Los Endos – from a gig on their final tour in 2007, which featured the classic live line-up including Chester Thompson (drums) and Daryl Stuermer (lead), but also for this track  Phil Collins on the second drumkit.

Side two opens with Robbery, Assault and Battery, a Collins tour de force tale of a cockney ne’er do well – You’ll not get me alive, sir, I promise you that, sir!  The pace then slows for Ripples, not only the best track on the album, in my opinion, but one of my all-time favourite Genesis tracks.  Track three on this side is the title track, again a Banks solo effort, inspired by a William Golding novel about the meeting of new and old civilisations.  The final track, Los Endos, is essentially a closing overture and was also normally the closing item for most of their live gigs after this album was released.

There are some types of music that do not appeal to everybody – I am not a great fan of jazz, because I don’t really appreciate it.  But I wouldn’t knock it, because so many people do.  It has been fashionable in recent years for some so-called music fans to poke fun at Genesis albums, and particularly at Phil Collins.  Why do they do this – who knows?  But they are the losers in the long run because, OK there’s been the occasional sub-standard Genesis album over the years, but most have been consistently good and the gigs promoting them even better.  But this one, for me, is their tour de force, and would certainly feature in any top albums of all time list I might compile.

So you can tell from that, when I ask the normal question – would I change this year’s original selection – the answer is a resounding no.  But that’s not because there was no opposition, just read this list of some of the other purchases in this year, from which I had to produce a short list: the double-album Songs in the Key of Life from Stevie Wonder, The Eagles’ Hotel California, Jailbreak by Thin Lizzy, Boz Scaggs’ Silk Degrees, Santana’s Amigos, Breezin’ by George Benson, Station to Station by David Bowie, ELO’s A New World Record, Oxygene by Jean Michel Jarre, Candy Staton’s Young Hearts Run Free – the list goes on and on.  Elton John produced a double-album, Blue Moves, which is still one of my favourites of his, then there were two more solo efforts from members of Yes – Ramshackled by drummer Alan White and Olias of Sunhilow from lead singer Jon Anderson, plus debut albums by John Miles – Rebel, Heart – Dreamboat Annie, Deniece Williams – This is Niecy, and Joan Armatrading.

In the end, the top three were Trick of the Tail, Dreamboat Annie and Songs in the Key of Life, with Jailbreak, Oxygene and Rebel coming close.  Why not Hotel California? I hear the rock fans shouting.  Well, sorry, The Eagles never really did a lot for me.  As for the long-anticipated Jon Anderson solo album, well – and this will make all those Prog-Rock detractors laugh – it may have done better had it not kept sending me to sleep!

That’s not because it was boring, far from it, but it is a late-night album par-excellence and contains probably some of the most peaceful music I have ever listened to.  If you combine that with a few glasses of the amber nectar after a long day at work, the eyelids rapidly become very heavy.  So highly-recommended for insomniacs, but not a lot of use to music reviewers!

I have also compiled a playlist containing fifty of the best tracks from 1976.  To stream the playlist on Spotify, click the logo below: