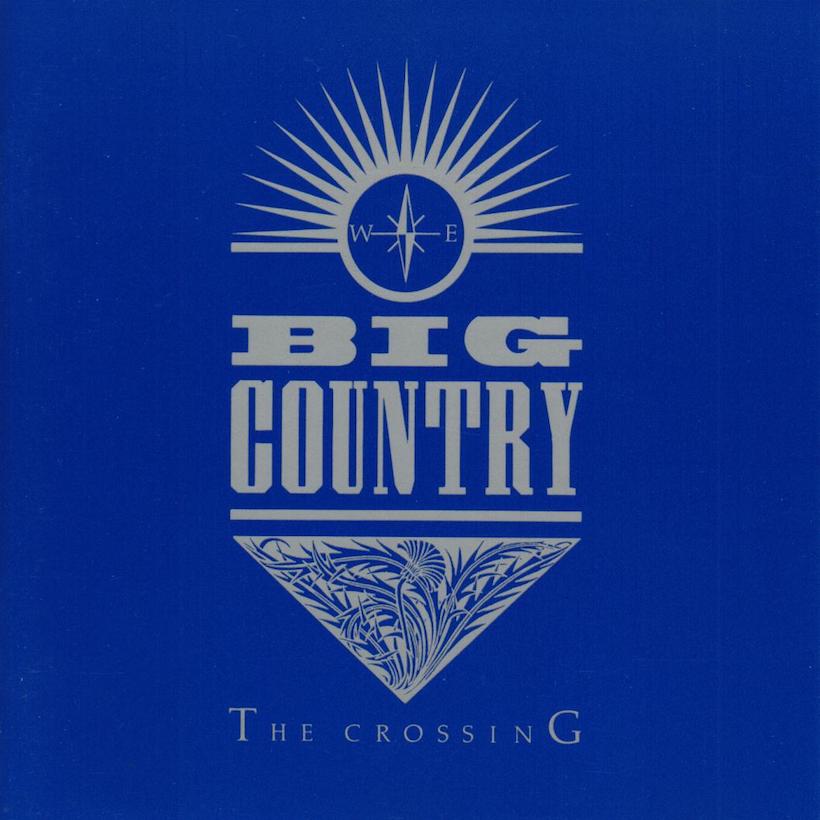 This was not a year with large numbers of albums being released, but what was around was of high quality. So, a difficult choice at the end of the year, which eventually went to The Crossing – the debut album by Scottish band Big Country.

This was the year that our son, the youngest of the family, joined us. He was officially due about a week before my birthday, so there was always a chance that might be the day he would arrive. At the time, I was travelling far and wide to see Clients so, once the expected date passed, I arranged to work in the office for the next week or so in order to be available when it happened. He must have been very snug and comfortable where he was, however, because nearly a fortnight had passed, including my birthday, and he hadn’t made any indication of making his entrance. I was coming under pressure to get out on the road again so, as you might imagine, the day I decided to give-in and make a visit to a relatively-local Client was the day he eventually gave in to inevitability.

Of course, he didn’t do so before I set-out, in fact he waited until I had left my office in Bath and was on the road to Yeovil, 40 miles to the south.  There were no mobile phones back then, so it wasn’t until I arrived at my destination that I was given the message, left by my office, to immediately go back!  Kathy had been picked-up by ambulance, and was already in the delivery room by the time I arrived at the hospital, with literally minutes to spare before he made his dramatic entrance into the world.  So all was well that ended well.

By a strange co-incidence, this album was released between our two birthdays, although it was purchased some time later.  There had been a couple of singles released by the band over the previous few months, one of which Fields of Fire made it into the top ten singles chart, but I can’t say that this was any hint that the album would be a must-buy.  It was some time later when, driving home late one night, I heard Lost Patrol for the first time on the radio and I took real notice of their sound – one that blended rock into a distinctly Scottish-music setting.  It did this by apparently synthesising bagpipes.

Now, I love experimentation, but I freely admit that I will generally run a mile from Scottish traditional music, particularly when it features the sound of bagpipes lasting for more than a few seconds. I think that arose from the first time I was allowed by my parents to stay-up for Hogmanay, only to discover it featured Kenneth MacKellar and Moira Anderson singing hand-on-the-ear Burns songs accompanied by Jimmy Shand and the band of the Scots Guards.  Not what I was expecting, although being allowed a beer or two soon took the edge off!

But this new sound was different, in fact somewhat unique, because the bagpipe sound was being generated by guitars, not keyboards, utilising transposers and bowing techniques. At a time when wailing keyboards ruled the airwaves, this was no less than back to the future rock-wise. It was a sound initially created by lead singer/guitarist Stuart Adamson, who was once described by John Peel, no less, as ‘the new Jimi Hendrix’. It had been premiered, to a small degree, when he played lead for The Skids on Into the Valley a few years earlier, but this album took it to whole new level.

A lot of that was due to the counter-melodies contributed by the guitar of Bruce Watson, another ex-Skids member. However, the sound only fully-gelled after the introduction of the rhythm section of bassist Tony Butler and drummer Mark Brzezicki on the first single.  Just how important those two were was only fully-apparent when I saw them play live in Cardiff, some four years after the album release, supporting David Bowie on his Glass Spider tour.

The album was produced by Steve Lillywhite who, at that time, was also producing early albums by an up-and-coming Irish band called U2.  Although the album’s music is uplifting, the lyrics are, at times, very dark.  Some modern commentators, as usual allowing the benefit of hindsight to overrule their lack of life-experience, are quick to point at them as an early indication of Adamson’s depression that ultimately brought about his suicide at the age of just 43. But he was in his mid-twenties when he wrote these songs, and at the time I got more an air of youthful frustration at the negative direction the country was taking, something many of us shared at the time, mixed with historical references to better times – or were they?.

Side one opens with effectively their signature-tune  In a Big Country which, as you might expect, is a rousing rocker of a track, and a bit of a political commentary on the times, viz the chorus:  In a big country, dreams stay with you, like a lover’s voice fires the mountainside.  The musical pace is maintained by the second track, Inwards, although the lyrics are more introspective.  Then the pace is slowed by the anthemic Chance, which is all about desertion, before 1000 Stars raises the musical pace again, whilst the lyrics hint at desperation.  The side concludes with that track that first caught my attention, The Storm.  This is all about the desolation that follows rebellion and, I always felt, revealed that Adamson possessed the Jacobite heart that still burns in many a Scot’s breast.

The video above is from one of their last gigs, at Glasgow’ world-famous Barrowlands in 2000, and not long before the untimely death of Stuart Adamson

Side two opens with their first single Harvest Home, accompanied by driving guitars and vocals giving another reference to history and consequences, although in this case the warning of Just as you sow you shall reap also echoed contemporary politics.  It then moves into dark and ghostly tones with Lost Patrol, featuring those haunting pseudo-bagpipes and driven along relentlessly by the rhythm section.  Close Action follows this and is about homecoming from the sea.  Probably the most traditional song on the album, you can almost hear it being performed solo in a rebel bar accompanied by just acoustic guitar and bodhran, with the audience joining in heartily on the choruses.  Last but one track is another homecoming song, this time from war, and once again featuring the eternal distances expressed in such songs by those north of the border.  It was also their biggest single hit, Fields of Fire.

As regular readers will know, one of my prime indications of the confidence of a band in their own abilities is being prepared to hide their most well-known, and better, tracks at the end of a debut album. The final track Porrohman, is a perfect example of this.  At nearly eight minutes it is the longest, and probably the most atmospheric, track on the album – the one most fans still cite as their favourite.  It starts somewhat hauntingly drifting along at an even pace, before igniting at around five minutes in.  Some have taken the title to be referring to an H G Wells’ short story about a spirit being, and although I acknowledge the spiritual aspects, I have always felt it was about that time surrounding soldiers about to enter battle, and then doing so.

As well as this album, 1983 produced a fairly short list from which to choose the final three: Eliminator from ZZ Top, Genesis (their only self-titled album – the one with the  baby sorter-shapes on the front), David Bowie’s Let’s Dance, Paul Young’s No Parlez, Eurythmics who producing two albums – their debut Sweet Dreams (are made of this) and Touch, Can’t Slow Down from Lionel Richie, Heaven 17’s The Luxury Gap, The Stranglers’ Feline, and the debut eponymous album from Madonna.

It is also worth mentioning a couple of albums that did not qualify, due to my self-imposed rules.  One was a live album, U2’s Under a Blood Red Sky, which features tracks from a live gig they did at Red Rocks in Colorado. It is probably best to find the DVD, if you can, because not only does it feature a collection of the best tracks from their first three albums (in DTS), played by a band already acknowledged as one of the best live bands in the world, but the setting high in the Rocky Mountains is also probably the most stunning in the world. The other is a soundtrack album, Flashdance; bar for a couple of memorable dance scenes, the film itself wasn’t much of it – but the music!

The top three at the time were The Crossing, No Parlez and Sweet Dreams.  Eliminator came close, but it ultimately lost out because most tracks just weren’t up to the standard of the three standouts, Gimme All Your Lovin’, Sharp Dressed Man and Legs.  The Genesis album was their first studio album for a couple of years, and for me marked a return to their better post-Gabriel efforts; although it arrived too late in the year to challenge at the time, it is now one of my favourites. Let’s Dance was my first purchase of a Bowie album for six or seven years – I never did quite ‘get’ the Berlin years – and the others, although good,  lacked the consistency needed for a top choice.

So now, over 35 years later, would I choose any of the others over Big Country? The answer is no because, other than Sweet Dreams,  I play the others very rarely.  The Eurythmics debut album did, undoubtedly, run The Crossing very close, and still sounds as good now, but for the same reason as back then – some tracks not up to the standard of the better ones – it still comes out marginally second.

If you want to download or stream any of the top three albums, or some of the others mentioned, here are the links:

I have also compiled a playlist containing fifty of the best tracks from 1983.  To stream the playlist on Spotify, click the logo below: