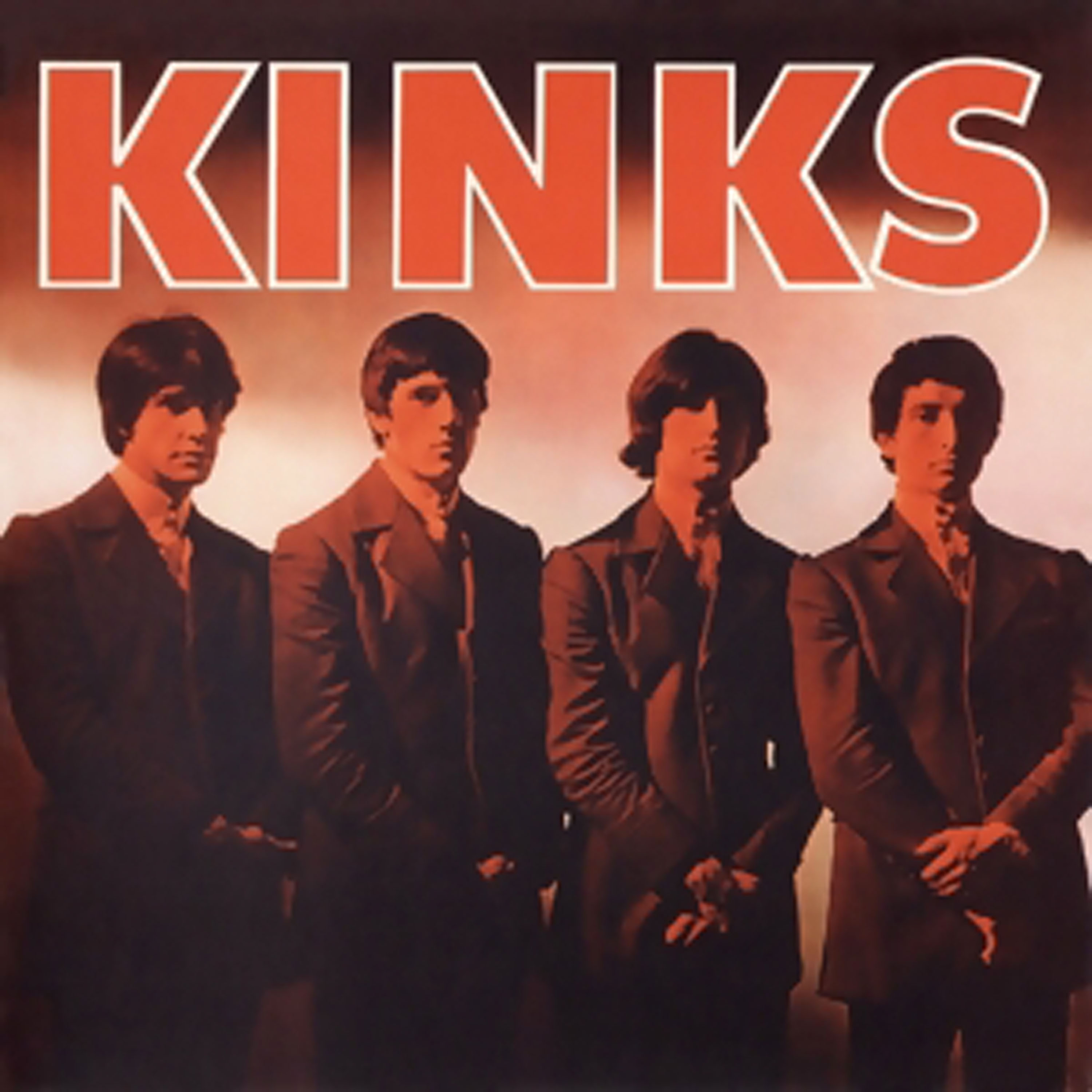 It is probably difficult for those who were not there at the time to realise just how much The Beatles dominated the scene in 1964, along with the Mersey Sound that swept into the charts primarily on their coat-tails.   Along with my first album, I also took their latest single I Want to Hold Your Hand along to our 1963 pre-Christmas musical soirée at school.  The general opinion was it was great, what wasn’t about that band at the end of 1963, but not perhaps as great as might have been hoped – we were a tough audience.

What we were not to know, a week before Christmas 1963, was that particular single would be the spark that submerged America in Beatlemania and started what became known as the ‘British Invasion’.  Following their first appearance on the Ed Sullivan Show in January 1964, The Beatles simply took over America, and by April held all top five positions in both the Billboard and Cashbox official singles charts – something never done before or since, even in the current era of chart distortion through streaming and downloading.

During the first half of 1964, there were only four weeks when Liverpool artists didn’t top the UK charts, whereas the same period the previous year had almost completely belonged to London’s dominant EMI stable of Cliff Richard, The Shadows and Frank Ifield. Such was the almost instant and total transformation in chart music, that trio of acts only managed three weeks at number one between them during the rest of the decade, two of which were down to Cliff’s Eurovision-winning Congratulations in 1968!

From the middle of the year, the R&B and blues influences that were underpinning the new sound began to come more to the fore.  This was at a time when the two-minute pop-song was still considered de rigeur, so when the Animals’ four-and-a-half minute blues-style rendition of folk standard House of the Rising Sun was featured on BBC’s Jukebox Jury at the end of June, the establishment-oriented members of the panel awarded it a resounding raspberry for being way too long.  Three weeks later it was at number one, and by September it had topped the US Billboard Chart as well.  At the end of the year NME awarded it ‘Record of the Year’ and there is no better illustration of just how much Denmark Street had lost touch with its main market, never really to recover it again.

Straight after The Animals, the ‘Stones had their first number one with It’s All Over Now and although The Beatles took over again for a few weeks with A Hard Days Night, the next revolutionary single was just about to hit the top spot.   The Kinks You Really Got Me did exactly what it said on the label, and had me on the first bus to Wessex Records in town the day after I first heard it on Radio Luxembourg in August.  For a few weeks, the track seemed to be everywhere, but even that has to be taken in context of exactly what ‘everywhere’ meant in 1964 (other than all my mates’ record players wearing-out my copy).

Television was still nowhere near universal; it was in 405 line format black & white, and there were just two stations – BBC and ITV.    BBC broadcast from late morning but, except for the lunchtime news headlines, everything before the evening news at 6pm were childrens’ programmes.  ‘Top of the Pops’ had started at the beginning of the year, and ran for half an hour from 6.30pm on a Thursday.  ‘Jukebox Jury’ just before 6pm on Saturday evening was the only other place you stood a chance of hearing new music on the Beeb.

ITV were a bit more ambitious, with ‘Ready Steady Go!’ expanding from its original half-hour to fifty minutes from 6pm on Fridays.   Top of the Pops was started by the BBC to combat this programme, but suffered from the usual corporation dead hand of promoting the established ‘clean-cut’ chart artists they considered to be suitably ‘pop’.  But the music world was changing faster than they could even try to react, and the genie had already fled the bottle because RSG! not only played the latest singles the day they came out, but had the bands, including black American Stax and Motown artists, performing them live in the studio.   Their other music show, ‘Thank Your Lucky Stars’, was on Saturday night in direct competition with Juke Box Jury, and won hands down (no recording in those days!)  It was presented by Brian Matthew, who had plenty of ‘cred’ from Saturday Club on the radio, and they even had a shorter three-disc version of Jukebox Jury called ‘Hit & Miss’, which made a certain Janice Nicholls famous for her catchline, delivered in a thick brummie accent – Oi’l give it foive.

On the wireless, Radio Luxembourg was the staple for teenagers trying to get the latest music, but it only broadcast between 6pm and 9pm each night and the signal was subject to constant drift and fading, so it was often unreliable – you might get an intriguing clear half minute of something that sounded really good, only for the signal to fade before the DJ told you who it was!   Caroline started in 1964, and had a stronger signal which was easy to receive on the east coast, but in the west country the effect wasn’t dissimilar to Luxembourg; plus, other than weekends, we were at school for most of the time it was on air.  At weekends the mains radiogram at home, which had a better receiver than my miniscule transistor, was under the control of the grown-ups.

So the BBC Light Programme (now Radio Two) was the staple at weekends, which at least provided ‘Saturday Club’ for a couple of hours Saturday morning and ‘Pick of the Pops’ on Sunday afternoon where the entire top-20 chart was played in reverse order.  But other than that, a couple of token pop-songs on ‘Two-way Family Favourites’ was about all we teenagers could hope for, in amongst the wall-to-wall crooners, musical soundtracks and orchestral pieces.

So when The Kinks released their first album in October, it was a must even without having heard much of what was on it.  Three weeks of curbing expenditure from my paper-round money on singles meant it arrived home the first Saturday in November, and featured fourteen tracks, although they totalled little more than half an hour.   Eight were covers, and the other six original Ray Davies compositions – although I could never understand why his It’s Alright, the B-side of the number one single, didn’t feature here as it is far better than most of the covers included.

The opener, a cover of Chuck Berry’s Beautiful Delilah, featured Dave Davies on vocals which, certainly with the benefit of fifty years of hindsight, was not the best choice they ever made.    It is followed by brother Ray’s So Mystifying which although it has a nod to Berry’s 12-bar blues style, ends up with more of a Merseybeat sound about it, as does Ray’s next track, Just Can’t Go Sleep, which is very much written in the Beatles’ style.  The next cover is of Tommy Tucker’s Long Tall Shorty, the follow-up to his only UK hit, the almost-identical Hi-Heel Sneakers, and again very much in Chuck Berry style, then back to a self-penned Beatles-style track in I Took my Baby Home.   The penultimate track on side one is I’m a Lover not a Fighter, a cover of a 1958 track by Lazy Lester and again featuring Dave Davies on lead vocals, before that side finishes-up with You Really Got Me.

Side two opens-up more strongly with a cover of Bo Diddeley’s Cadillac, then continues with the Blues standard Bald-Headed Woman.  Track three is a Ray Davies instrumental called Revenge, which is one of the better tracks on the album, and feels way too short at just a minute and a half, but links nicely into another Chuck Berry cover Too Much Monkey Business.    The same style is used for the next track, a Dave Davies rendition of the traditional American folk song I’ve Been Driving on Bald Mountain, a track probably most-famously (and better) performed by the lady known as ‘the voice of the civil rights movement’, Odetta Holmes.   The last-but-one track is the final Ray Davies composition, Stop your Sobbing, once again in a Merseybeat style.  And yes, this is the same song that The Pretenders covered for their debut single fifteen years later.    The final track is another cover, this time of Slim Harpo’s Got Love if you Want It – probably best known as the inspiration for the High Numbers’ mod anthem I’m the Face – and we all know what that led to!

So side two was the much better side, and hence was played more.  But, in all honesty, once the original enthusiasm had worn off, it didn’t take long to realise that this is a pretty weak album all told – rushed-out to capitalise on the initial huge success of You Really Got Me. Having said that, the band developed very quickly along with Ray Davies’ songwriting and became a major force with later singles (most of which I bought) and albums (none of which made it into my collection).  But would I replace it?

Well, I only have two other albums from that year in my collection, both by The Beatles – A Hard Day’s Night and Beatles for Sale.   Neither of these are outstanding either and, although others may say that early Dylan or ‘Stones releases from that year are worthy of mention, I never found them of sufficient interest.  So, as I haven’t found another to challenge it in more than fifty years, it remains Album of the Year for 1964 simply due to the impact the band made on me at that time.

I have also compiled a playlist containing fifty of the best tracks from 1964.  To stream the playlist on Spotify, click the logo below: